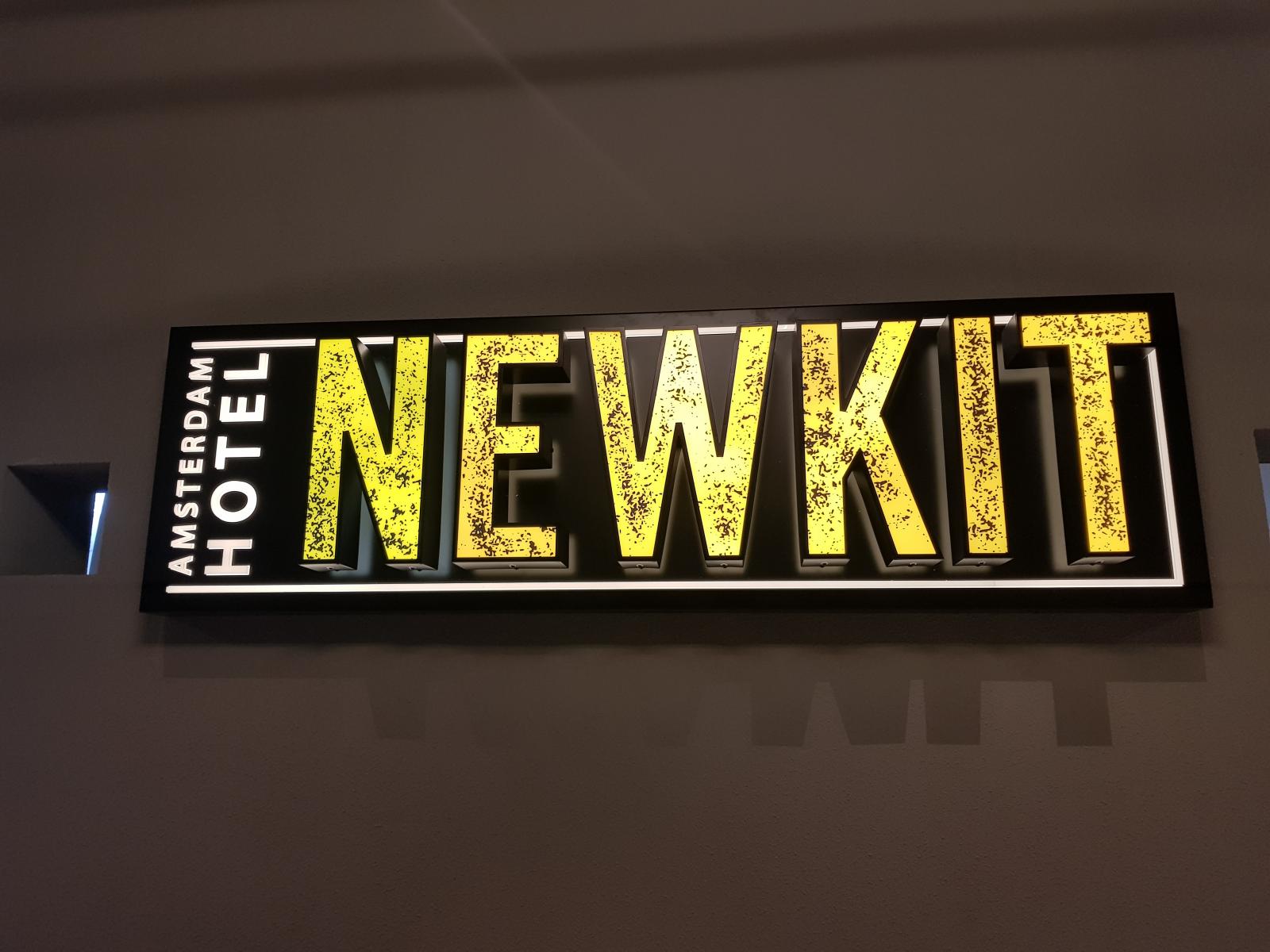 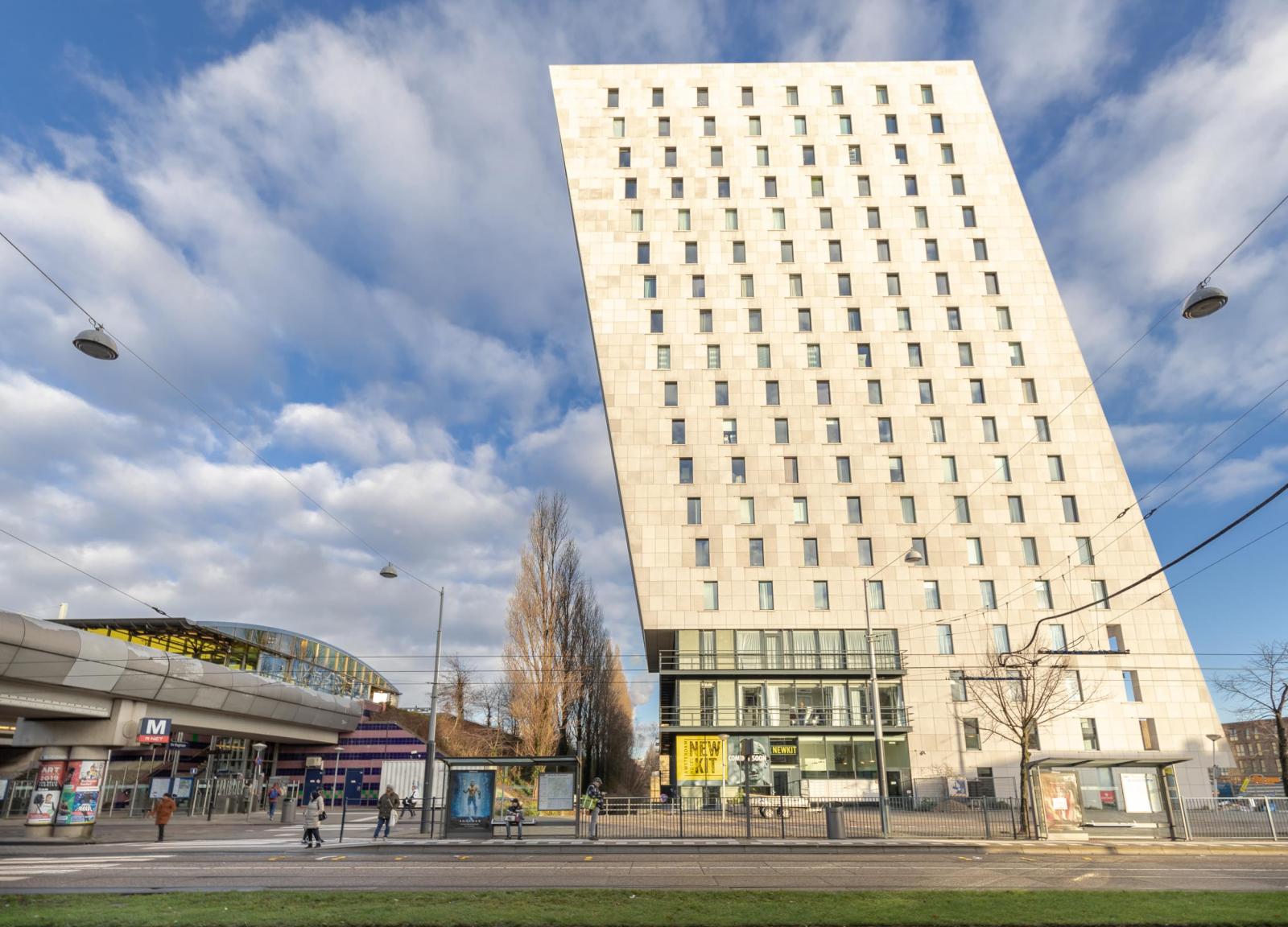 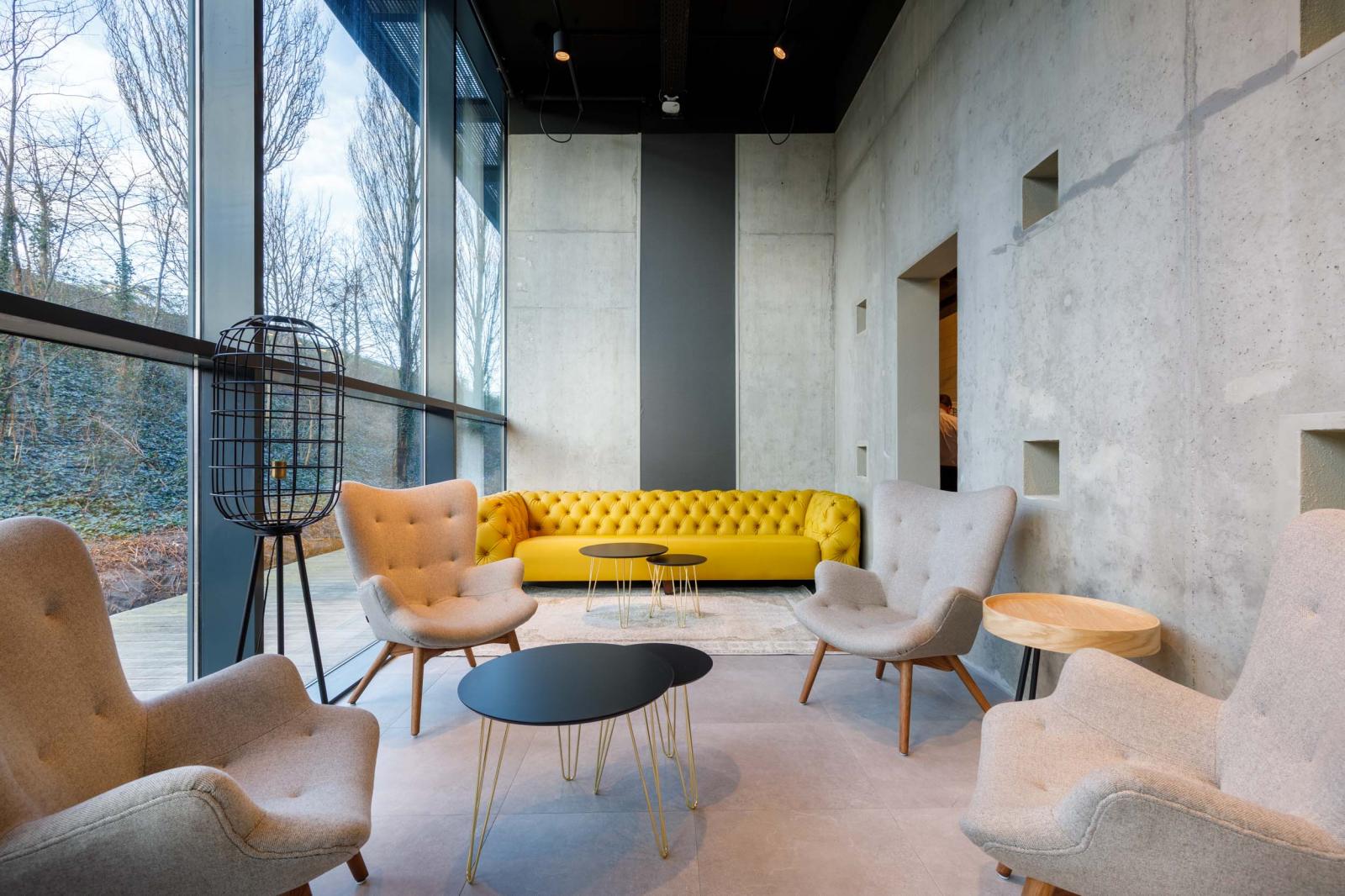 Until recently, the Revolt Church, especially known as 'De Kolenkit', occupied a very prominent position in the neighborhood, so prominently even that this part of Amsterdam Nieuw-West was called the Kolenkitbuurt. After the neighborhood has had a lesser period in terms of name in recent years, it is currently part of a large-scale renewal task. While the Kolenkit is on the A10 along the highway, a new landmark has been built on a corner at the other side of the neighborhood.

The New Kit, a 58-meter high, 17-storey, sloping residential tower.
The new landmark for the neighborhood, says Het Parool (a Dutch main newspaper)
Woningcorporatie Eigen Haard found that an icon should come to connect Bos en Lommer more strongly with the city within the ring and therefore decided to hold a competition among architects.
HM Architects eventually came up with a white residential tower of about 60 meters high, sloping towards the railway embankment, so that it forms a beacon for the Vlugtlaan metro station, as it were.

Hotel de New Kit is happy to provide you with all information about Amsterdam, whether tourist, business or any other way. For additional travel information and inexpensive taxi rides, you can always contact the reception. We have our own parking space, with space for 10 cars - these are only on request. Tram 7 and Bus 21 stop at the door and are public transport to the center of Amsterdam. With Metro 50 you are with 1 stop at Station Sloterdijk for example to go to Zaandam (Zaanse Schans) or to the beach in the summer and with 3 stops you are at Station Lelylaan to be there from 1 stop at Schiphol.